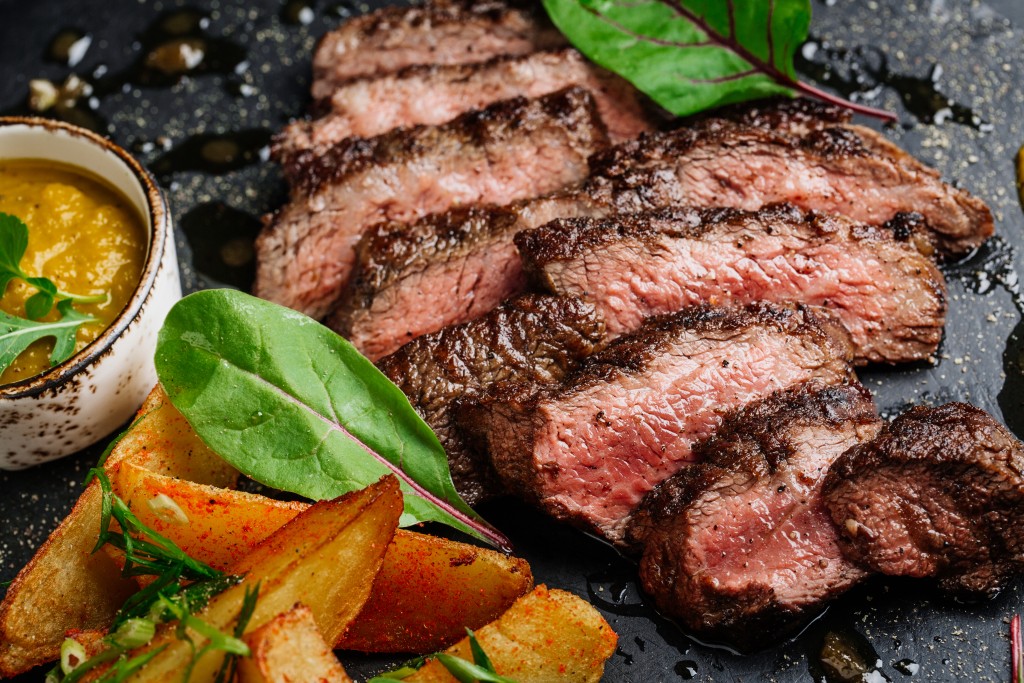 Another classic steak cut, rump is at the opposite end of the spectrum to fillet. What it lacks for in tenderness, it more than makes up for in flavour. Cut from the backside of the cow, it’s a muscle that’s used quite a bit during the animal’s life, which means it’s tougher than other ‘prime’ steaks. However, it is still tender enough to be fried quickly and served rare (if desired). Rump steaks are also a good choice when making kebabs or skewers, as it takes on marinades very well and can hold its own against stronger flavours. It can also be sliced very thinly and used in stir-fries or Asian dishes, which require very fast and hot cooking.

Always read the label before using the product and never rely solely on the information presented on our website.